Nothing is True, Everything Is Possible, by Abbas Yousif (Bahrain) 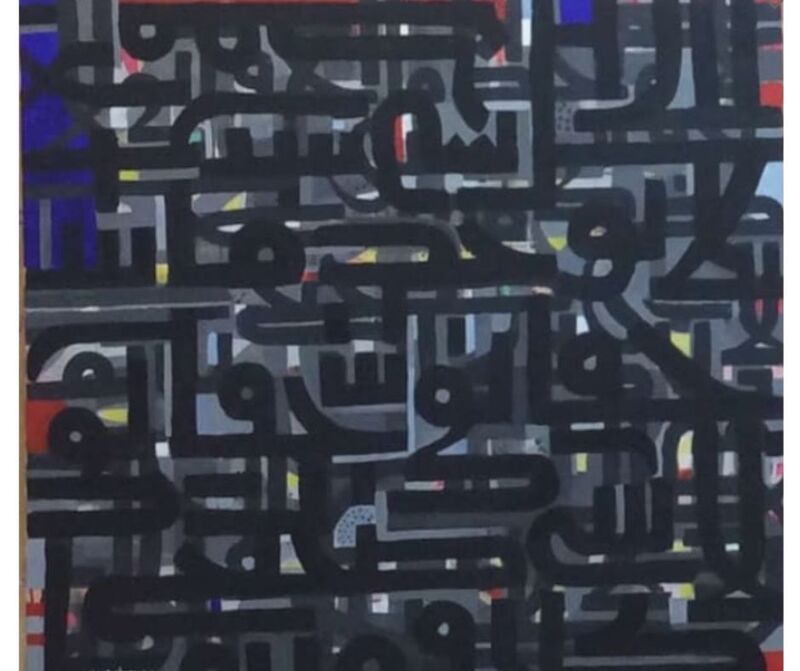 Nothing is True, Everything Is Possible, by Abbas Yousif (Bahrain)

This work was created in response to poetic theatre texts written by Habibah Sheikh, a nomadic performance artist originally from Lebanon, and the curator of the Mitli Mitlak (Like You, Like Me) exhibition. In the text, a character named Ruba experiences the destruction of war firsthand and becomes a refugee in the process.

This painting represents a scene in Mitli Mitlak (Like You, Like Me). There is a mythical character called ‘Spirit Master’, who separates Ruba’s spirit from her lifeless body, and conducts a soul migration ceremony for her to go to the light in the ‘Out of Life’.

Spirit Master: Nothing Is An Act, But Nothing Is The Truth, Except What Comes After Death. There Is No Such Thing As Facts. Nothing Is True, Everything Is Possible.

Painting Was Made In The Artist's Resident Country Of Bahrain

anonymous, “Nothing is True, Everything Is Possible, by Abbas Yousif (Bahrain),” The Amplification Project: Digital Archive for Forced Migration, Contemporary Art, and Action, accessed May 17, 2022, https://theamplificationproject.org/items/show/69.